Kate Beckinsale caused controversy when she appeared on a U.S. TV show without underwear.

The 'Underworld' actress was a guest on hit series "Late Late Show With Craig Ferguson" to talk about her new film 'Snow Angels' when she made the shocking revelation.

As she walked onto the stage wearing tight black trousers and a gray top, her microphone pack fell out, and she told Craig: "I can't believe that's fallen out. They wanted to hook it onto the back of my knickers, but I am going commando, so they couldn't do it! So there was nothing to hook them on so it fell out."

Kate's commando stunt is the latest in a series of sexual jokes the 34-year-old beauty has recently made.

The British star - who is married to film director Len Wiseman and has a nine-year-old daughter Lily with former lover Michael Sheen - recently revealed her nickname for her private parts is 'Pharaoh's Tomb'.

She said: "I was called a sl*t when I split up with Michael and began seeing Len, but I've only ever had about three boyfriends. Only a handful of people have seen into the Pharaoh's Tomb!"

The actress also said she would rather eat a woman's vagina than have a sushi dinner. 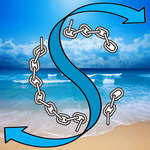